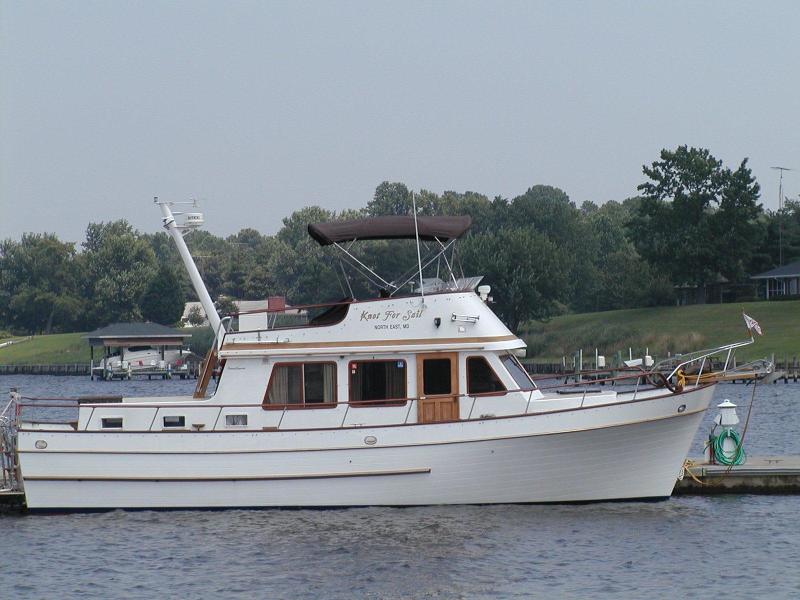 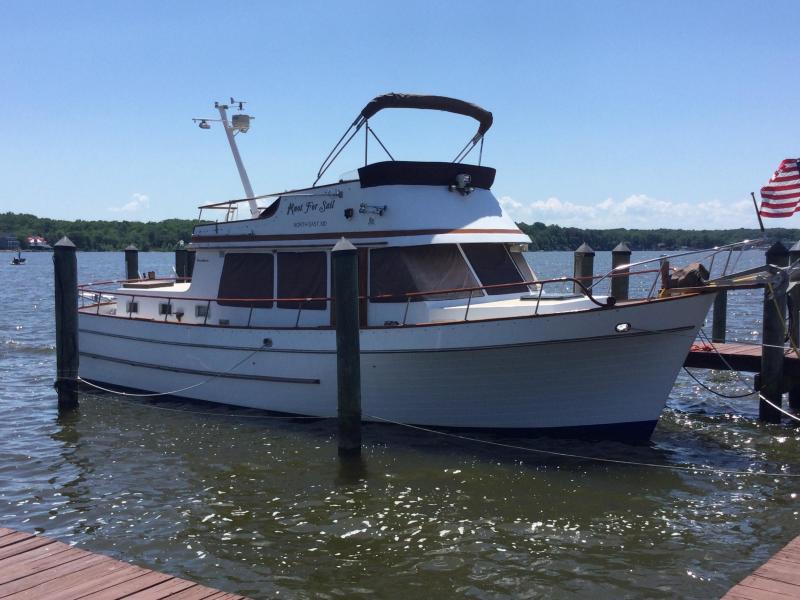 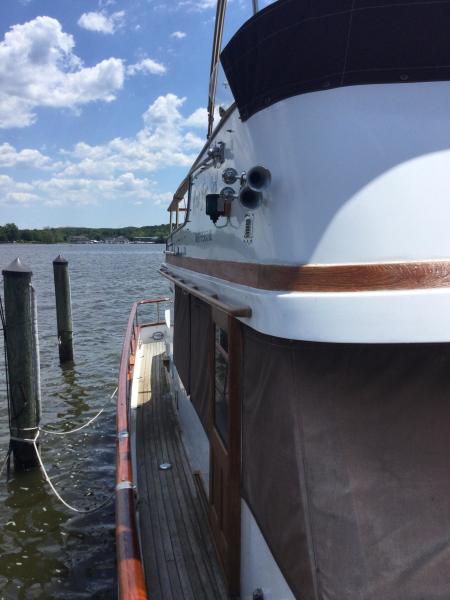 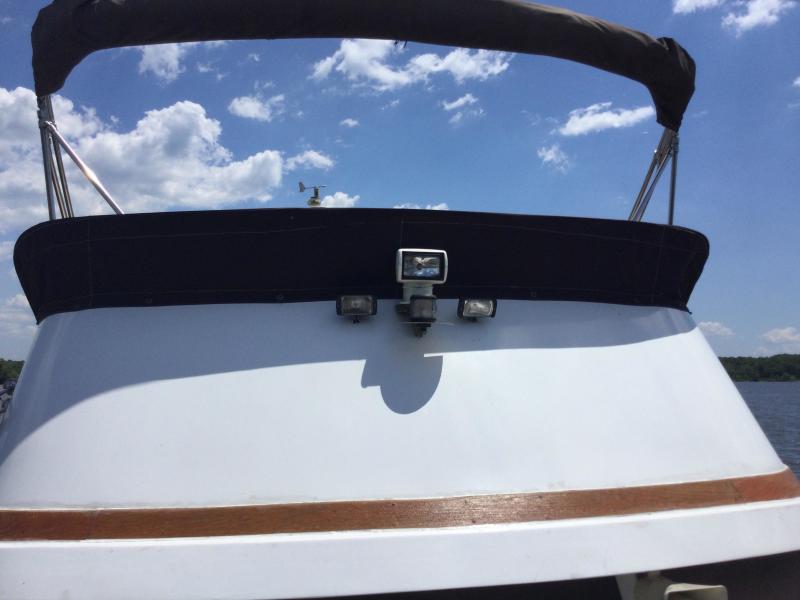 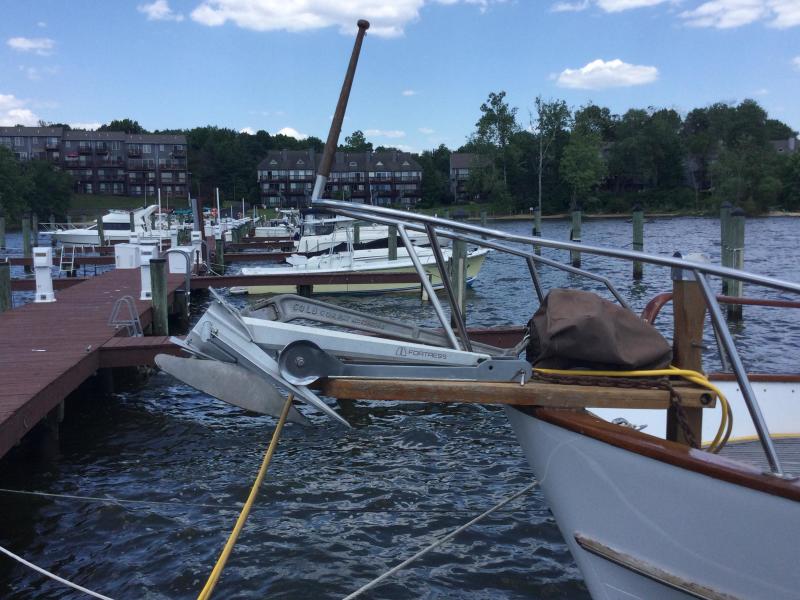 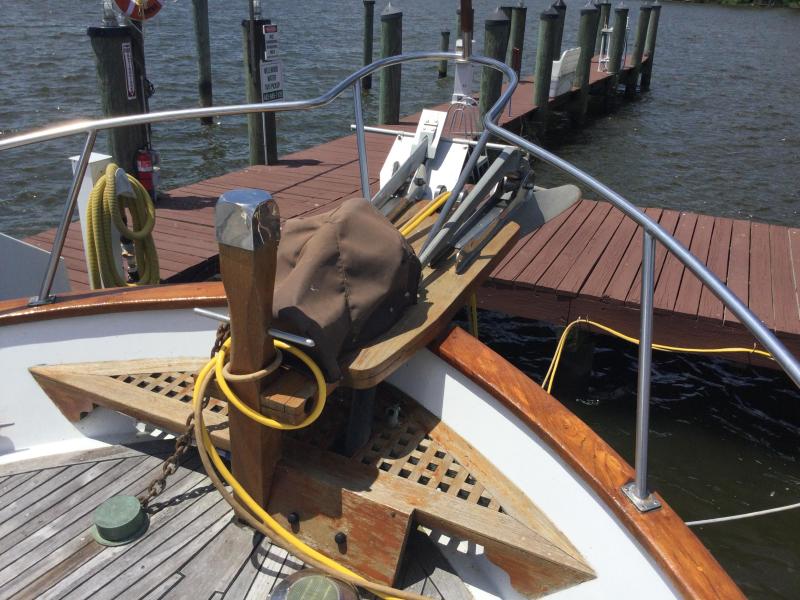 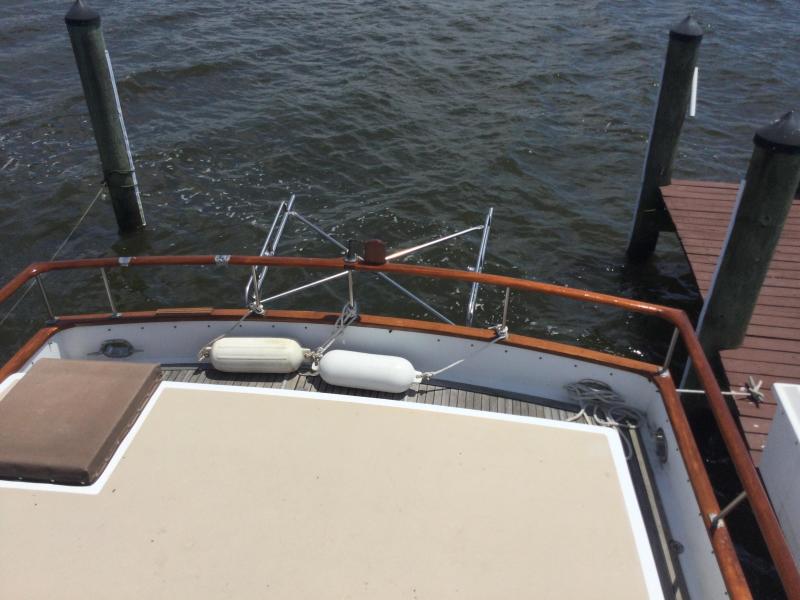 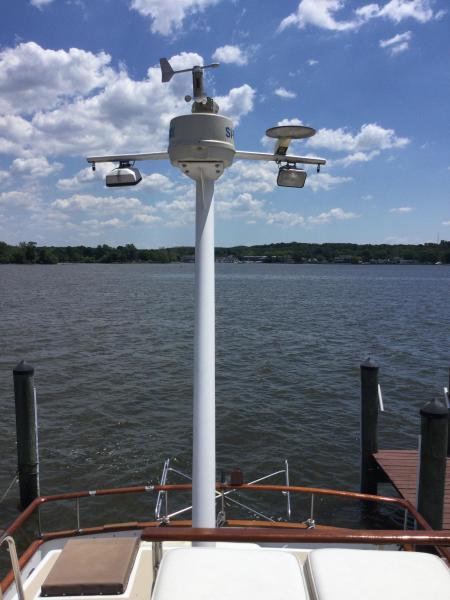 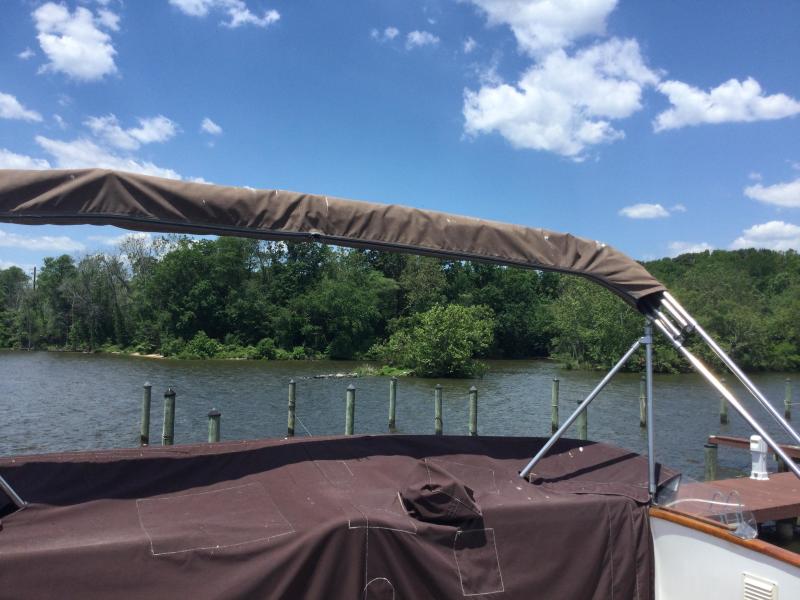 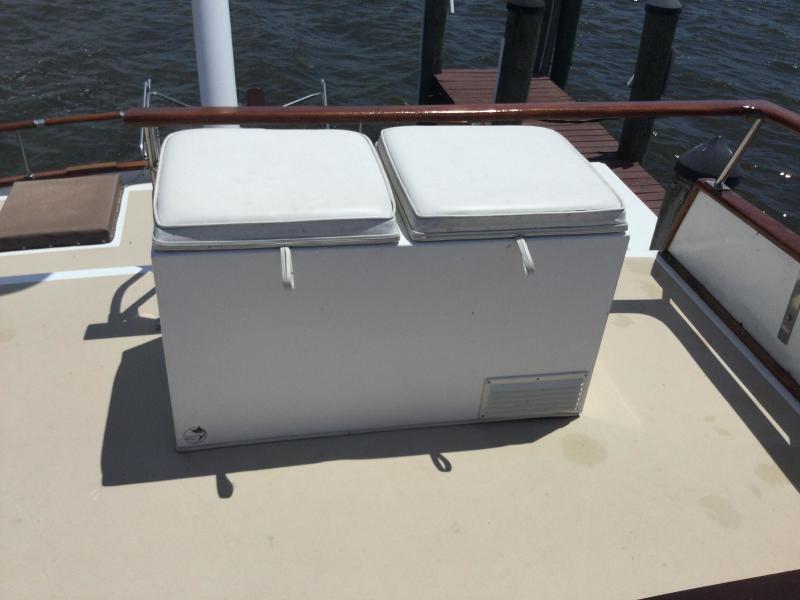 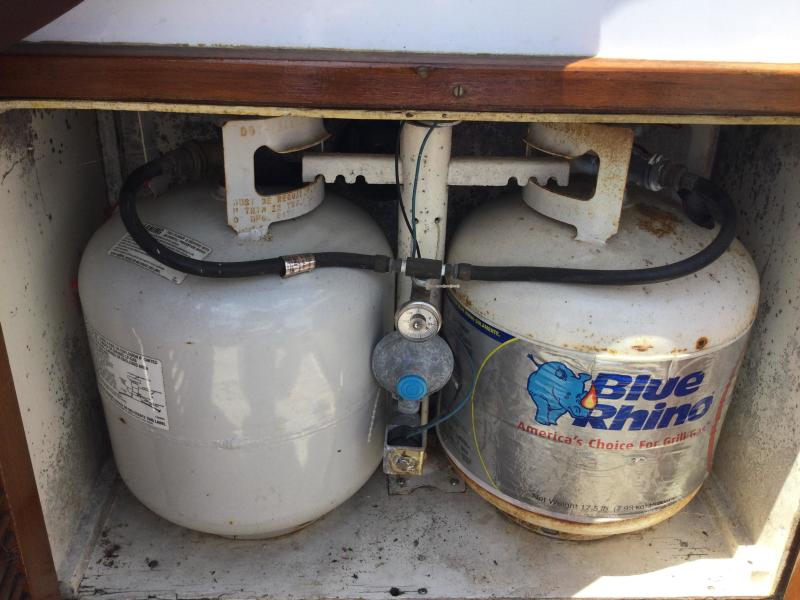 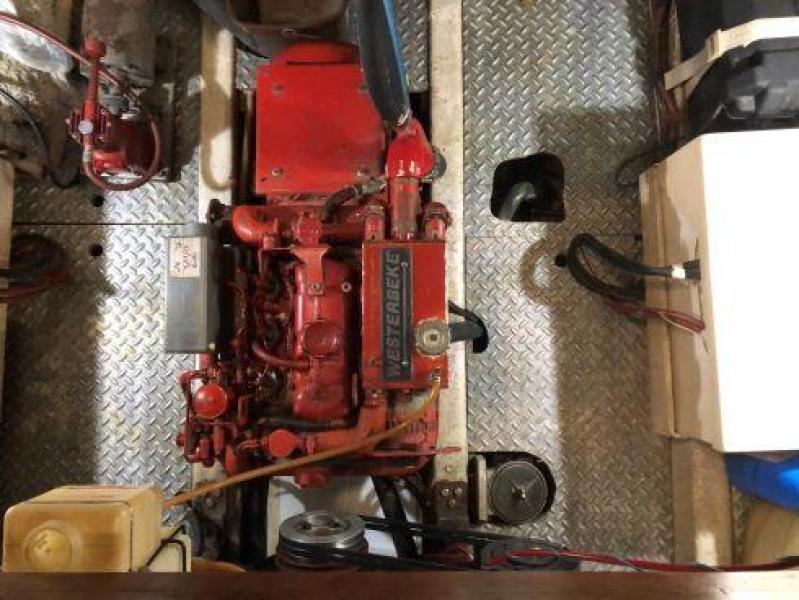 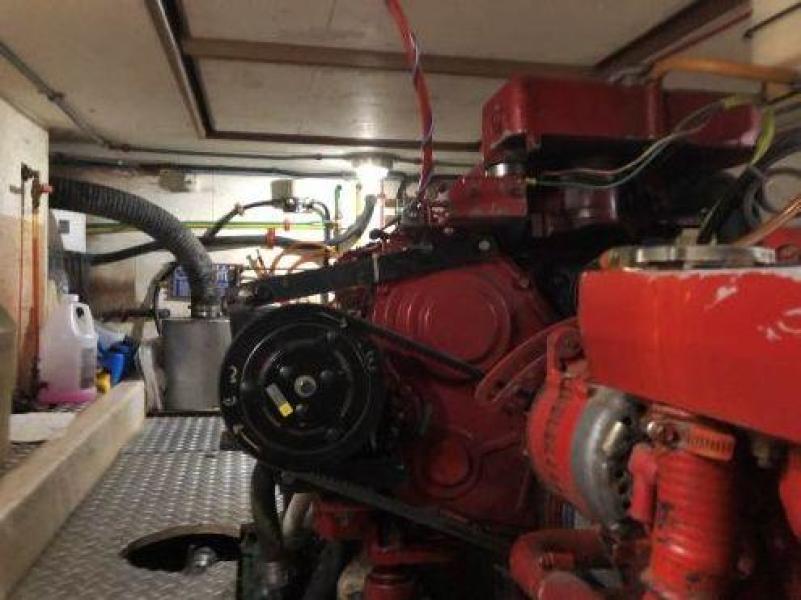 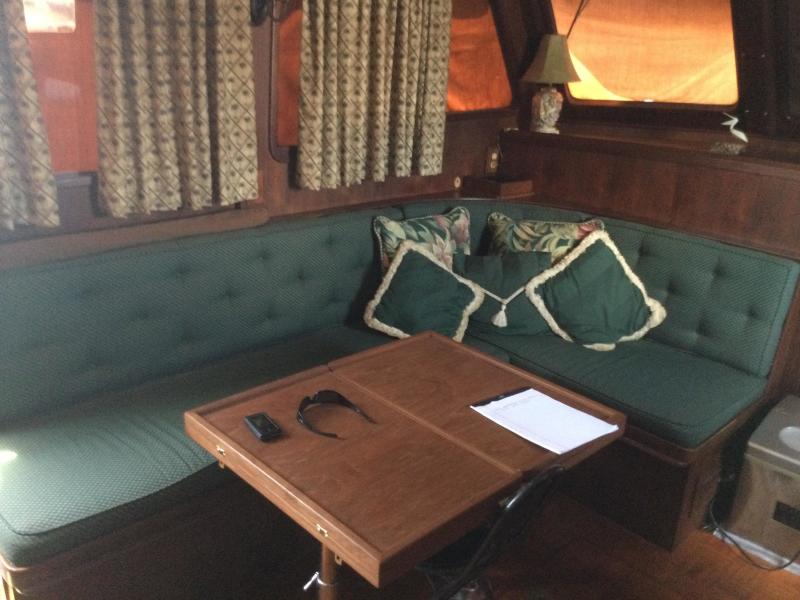 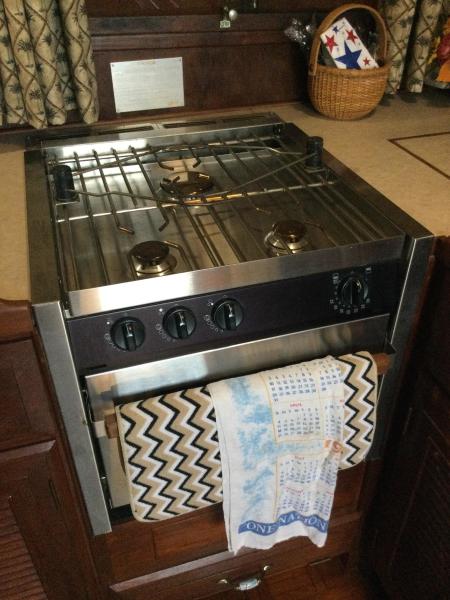 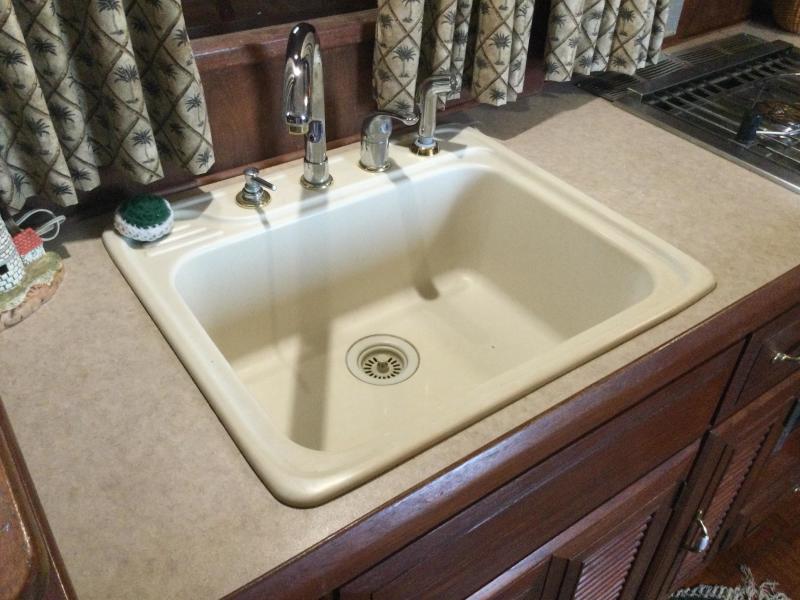 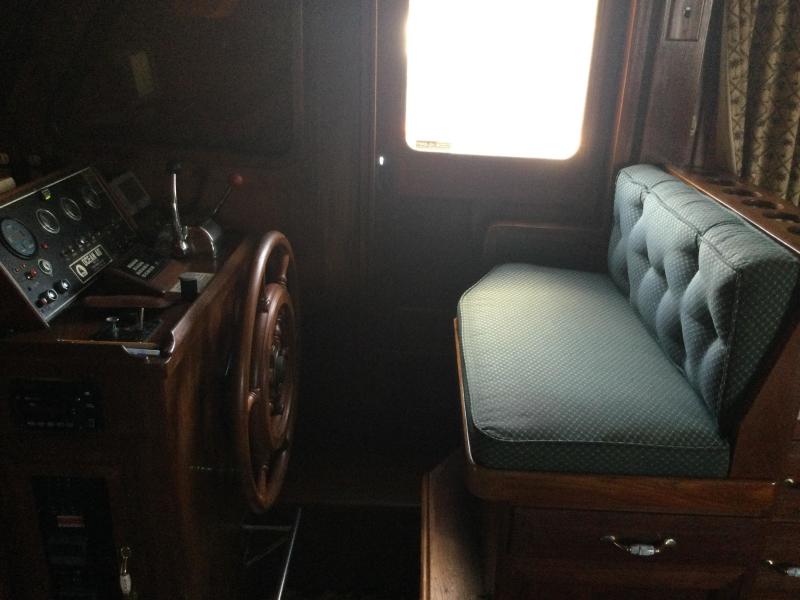 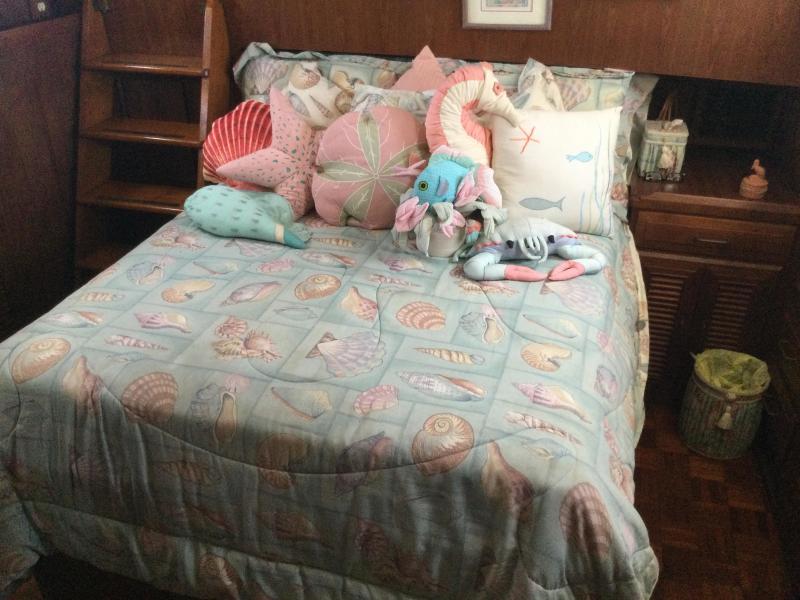 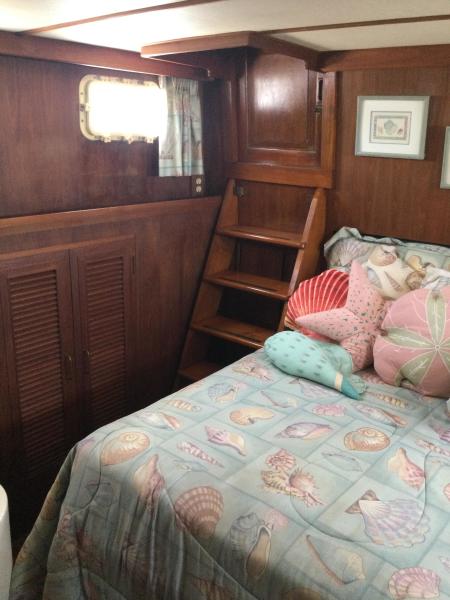 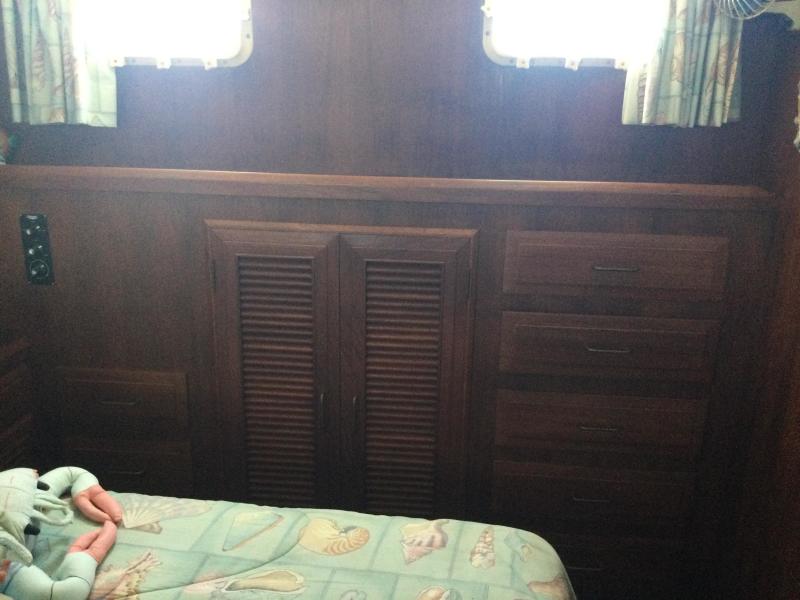 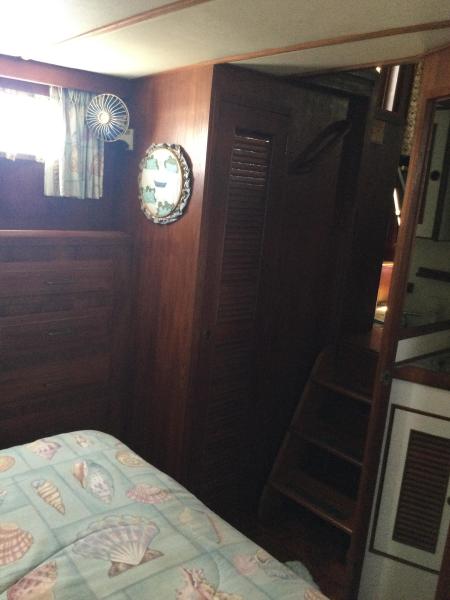 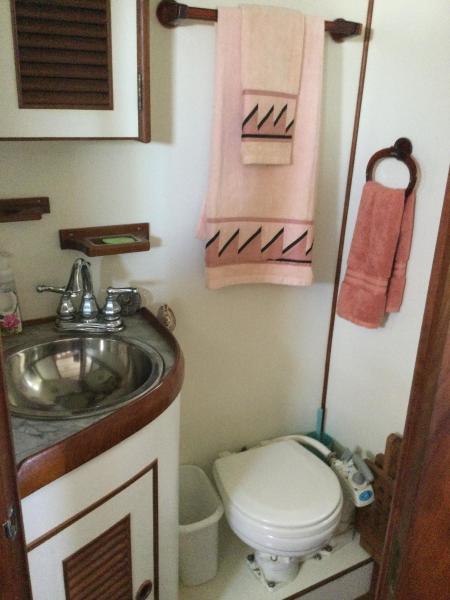 Knot for Sail is a 1982 Ocean Alexander Double Cabin trawler with only having Two Owners and the current owner has owned her for the last 28 years.

While Knot far Sale has an “ETY” hull identification number same as a Marine Trader and is labeled as so. It’s a 40’ Ocean Marine Trawler made by Alexander Chueh. He was just out of the Army and had very little money when he started building boats. He understood that to build boats required a mold and buying a new or making one, was too expensive. So, he bought a used mold from Marine Trader and that is why all of Alexander Chueh’s earlier boats share the Marine Trader “ETV” HIN numbers.

Alexander Cheuh knew that on-top of making a better-quality boat, he needed to make changes in order for his yachts would not be confused with Marine Traders. He made the following modifications:

1.    Ocean Marine windows have a rounded corner trim on all windows, inside and out. Where Marine Trader windows are rectangular and not rounded.

5.    Both the wooden splash and bumper guards are smaller on the Marine Trader.

6.    The hull on an Ocean Marine yacht is solid hand-laid fiberglass, with no wood in between layers.

7.    The interior woodwork craftmanship inside an Ocean Marine are far superior to a Marine Trader.

Knot for Sail has only had Two Owners and the same owner for the last 28 years. This beautiful 40' Double Cabin has been well taken care of and is ready to take new owners on their next adventures!!

A popular model, the 40 Double Cabin was introduced in 1980 when fuel-efficient trawlers were extremely popular in the U.S. market. One of the better-quality imports of her era, she rides on a solid fiberglass, semi-displacement hull with hard chines, moderate beam, and a long keel for improved directional stability. The standard two-stateroom floorplan of the Ocean 40 is arranged with the galley to starboard in the salon and a walkaround queen bed in the aft cabin. A lower helm was standard, and port and starboard doors in the salon provide convenient deck access.


Flagler Yachts is pleased to assist you in the purchase of this vessel. This boat is centrally listed by Curtis Stokes & Associates. It is offered as a convenience by this broker/dealer to its clients and is not intended to convey direct representation of a particular vessel