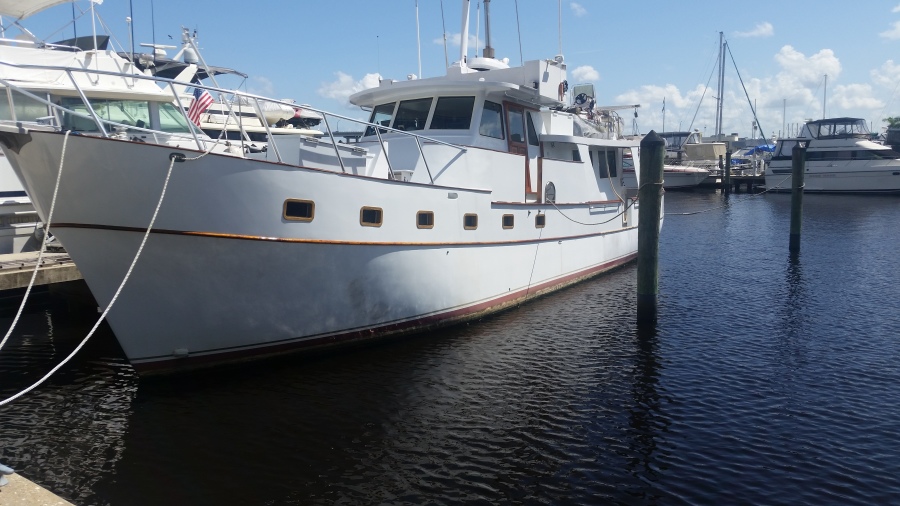 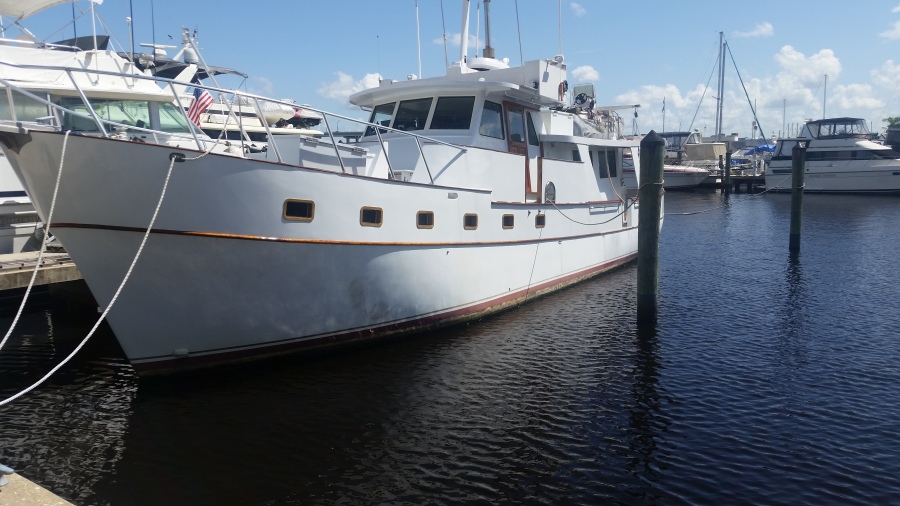 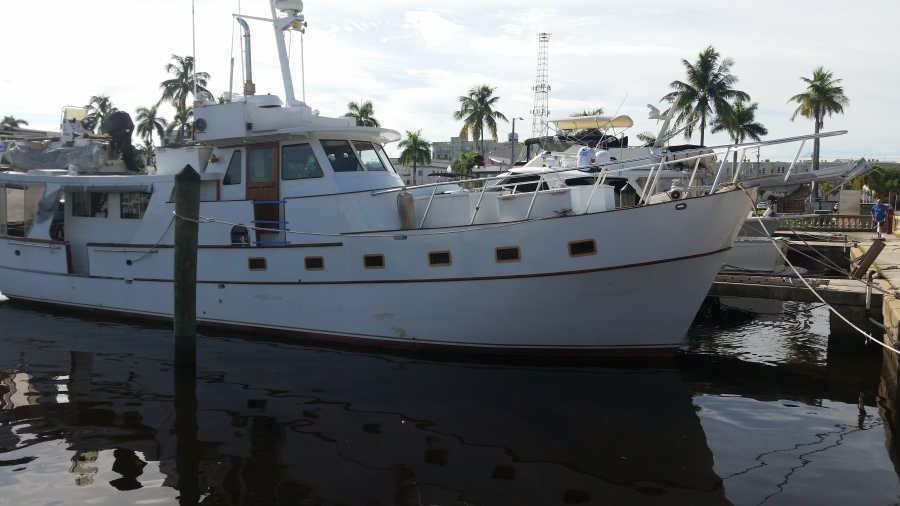 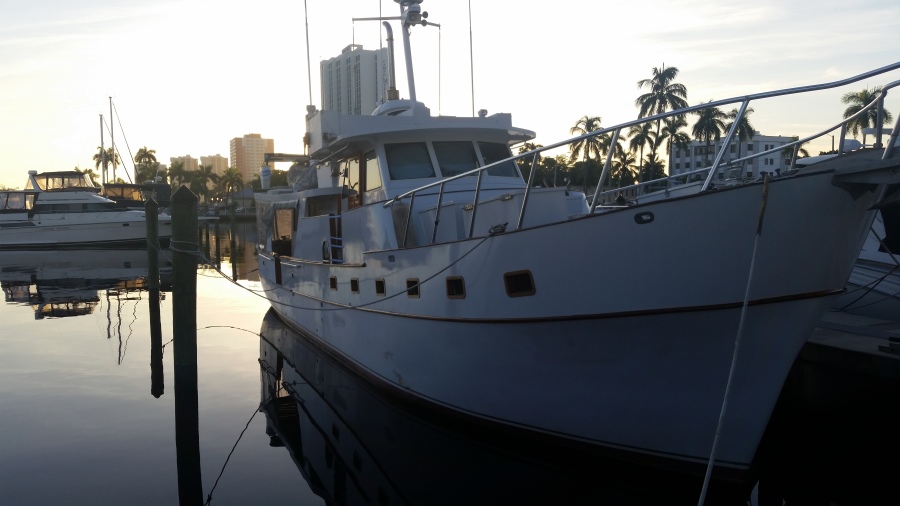 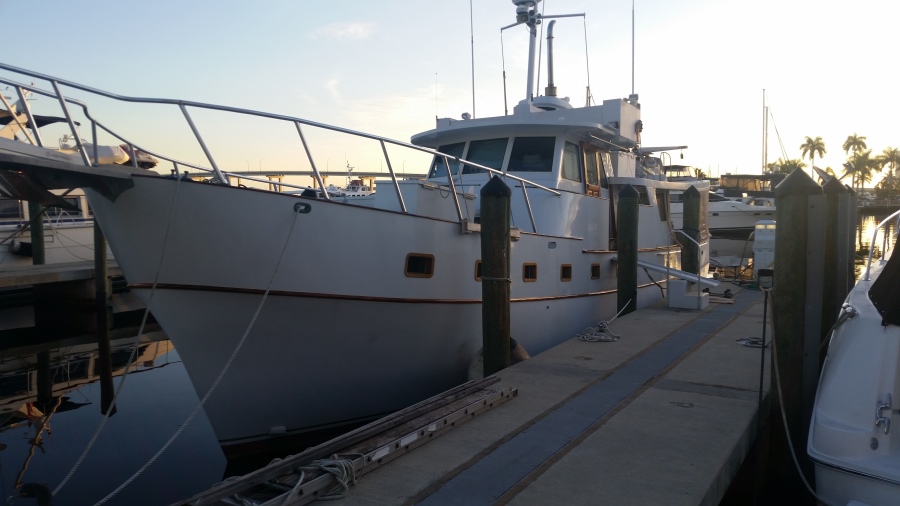 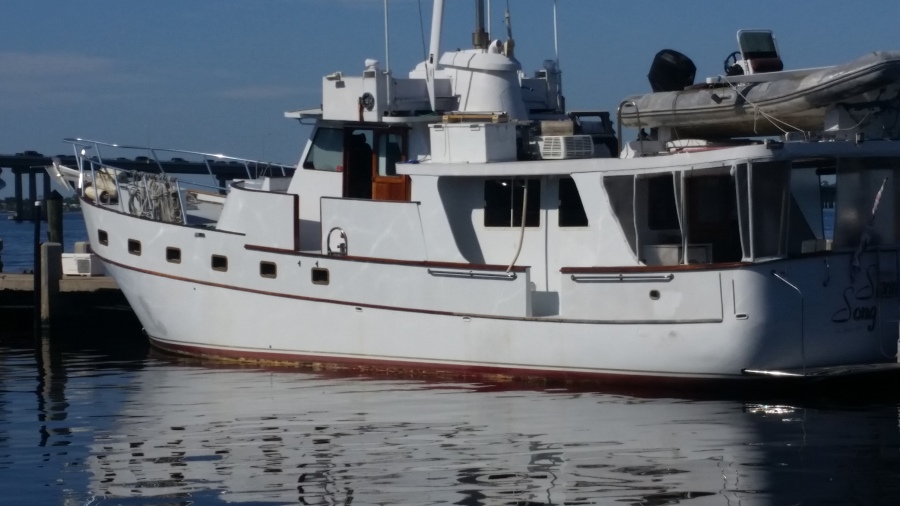 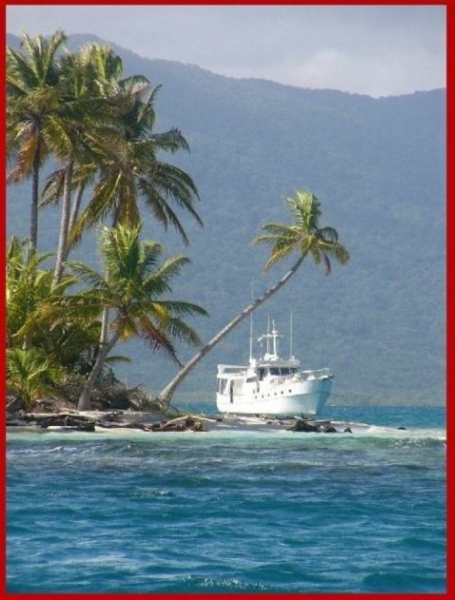 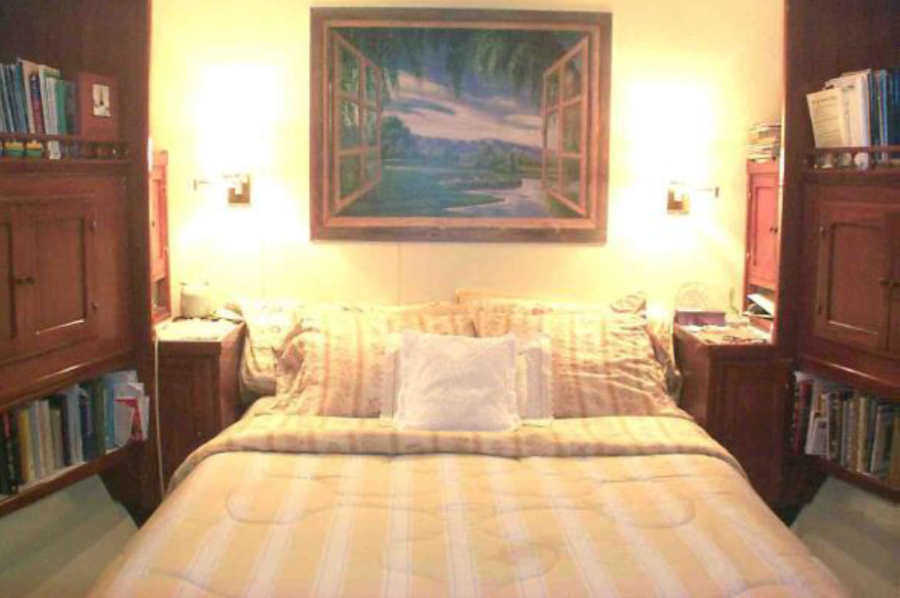 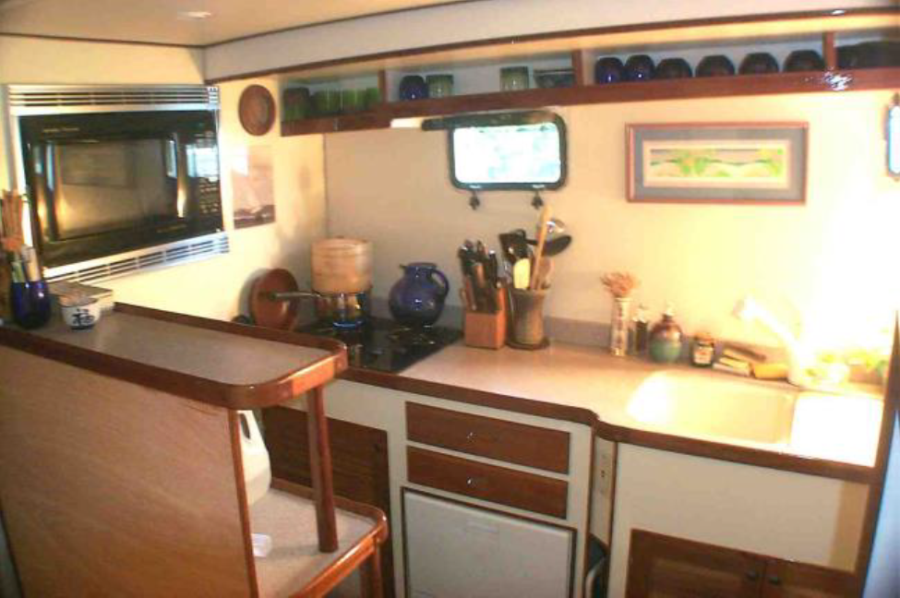 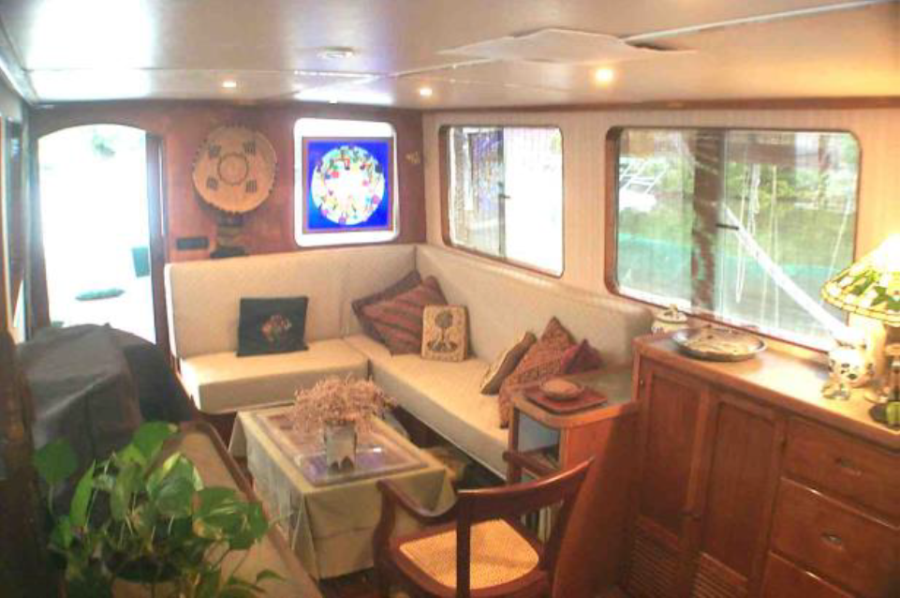 Over $350,000 of Refits and upgrades from 1999 to 2006. Where to: South Pacific? Far East? Circumnavigate? Some boats say they can cross oceans, SWAN SONG HAS DONE IT!! Swan Song has cruised the entire Caribbean Sea, South America, Central America, Mexico, on to Hawaii.

Some boats say they can cross oceans, SWAN SONG HAS DONE IT!! Swan Song has cruised the entire Caribbean Sea, South America, Central America, Mexico, on to Hawaii. Then back to Long Beach CA (2800nm). Then a cruise to the Panama Canal (3400nm) and a 1700 nm winding cruise to FT Myers, FL where she currently berthed. She has been at sea as long as 2 months cruising without touching a dock

A proven passagemaker! A great full-time cruising vessel! A home on the water!

Swan Song is available for a new owner that would like to enjoy and use her capabilities. She can turn your worldwide cruising dreams into reality

Co-designed by Ed Monk and built in Taiwan as a Roughwater 58 North Sea model trawler in 1974/5. Current owners purchased her in 1998 and did a complete refit over the next 7 years changing her from a good cruising boat into a real and exceptional self-contained offshore passagemaker. Her longest non-stop passage was the 2800+ nm run from Honolulu to Long Beach. This passage is longer than any passage that one needs to make in a round the world voyage. So we know that Swan Song has demonstrated she has the heart, legs and stamina to finish such a venture without any effort on her part.

Swan Song has been their full time home on the seas and has carried her owners to places few have been. It's now time to find her new owners who would like to continue with her voyages on the sea and discover all of the joy, excitement and adventure that cruising & passagemaking has to offer.

Whatever your cruising/voyaging plans might be Swan Song is equipped to turn them into a reality for you ? and a reality in style. Most seaworthy vessels in Swan Song?s class are close to a million dollars or over. Swan Song is not a marina queen or cocktail boat though she has hosted many parties. She stands out from the crowd and makes an impression that stays with people who have been aboard her at sea.

Current asking price makes her by far the least expensive passagemaker with circumnavigation proven capabilities by 100's of thousands of dollars. She needs few updates to ready her for another extended offshore. Fuel her up to the top, enough provisions and ice cream for a month or two and Swan Song is ready to head out again. You can read about Swan Song's magic carpet ride on Miss Nancy's Journal http://www.missnancysjournal.com and read about her many different stories, details and adventures. The entire site is filled with stories that center on the owners lives living on the water. It's all out there for people to see, read and enjoy. You too could join into this wonderful community where Swan Song takes you.

Swan Song has also been featured in several magazine articles over the years.

If you have the urge to see the world by water now is the time. Swan Song will provide the vessel to take you there safely, comfortably and is far more affordable than any other option on today's market worldwide.


Flagler Yachts is pleased to assist you in the purchase of this vessel. This boat is centrally listed by Curtis Stokes & Associates. It is offered as a convenience by this broker/dealer to its clients and is not intended to convey direct representation of a particular vessel